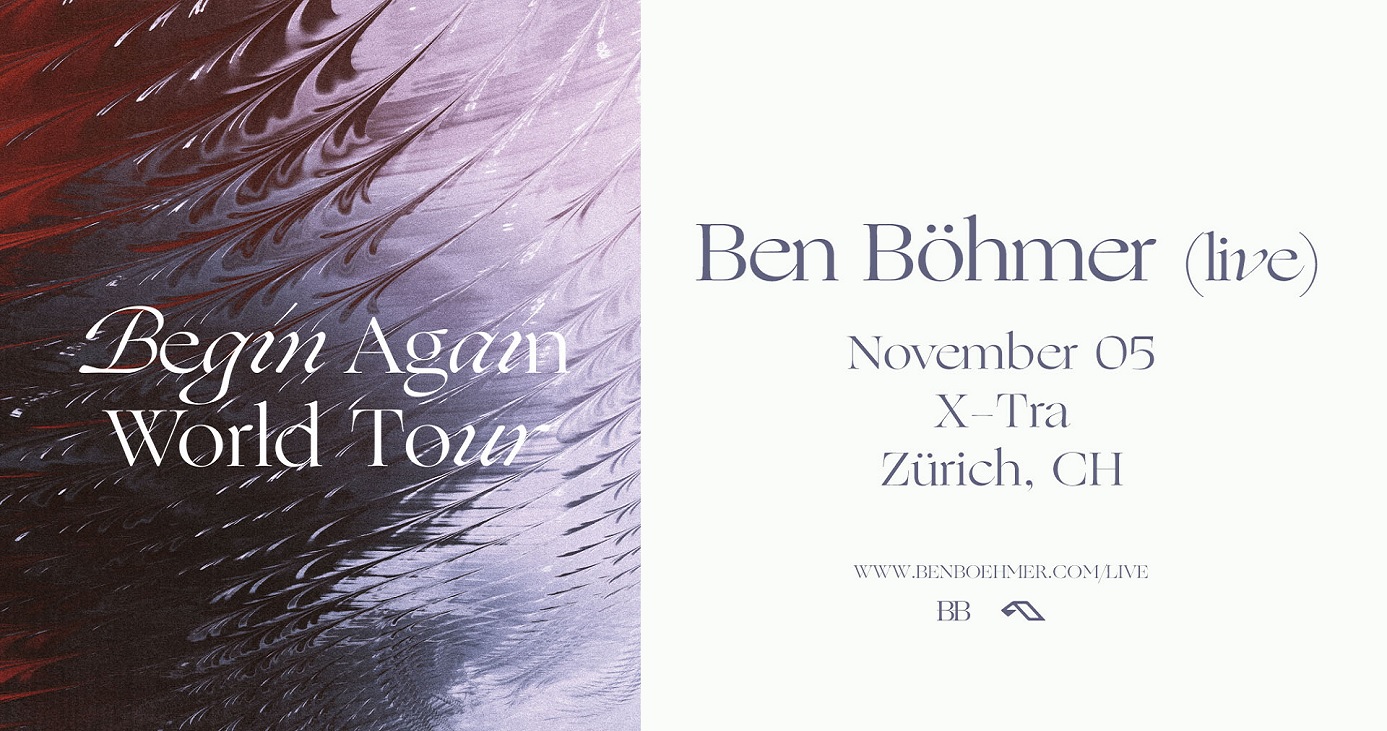 Following his fully sold out Begin Again tour earlier in 2022 Ben Böhmer returns for another round of headline album tour dates this Autumn.
We are excited to welcome him to x-tra club zurich on the 5th of november 2022.

Ben has gone from strength to strength in recent years with his seminal livestream for Cercle being followed up with his highly acclaimed sophomore album ‘Begin Again’ that was released on Anjunadeep in September of 2021.

As with the first part of his album tour this show will see Ben bring his highly personalised, unique and improvised live show to x-tra club zurich to celebrate his second album. Accompanied with his signature stage production and visuals Ben will perform an array of hits from ‘Begin Again’, early transcending tracks like ‘Breathing’ and his remix of Monolink’s ‘Father Ocean’ as well as new tracks that he has written in recent months.

Support for this show will be announced closer to the date.