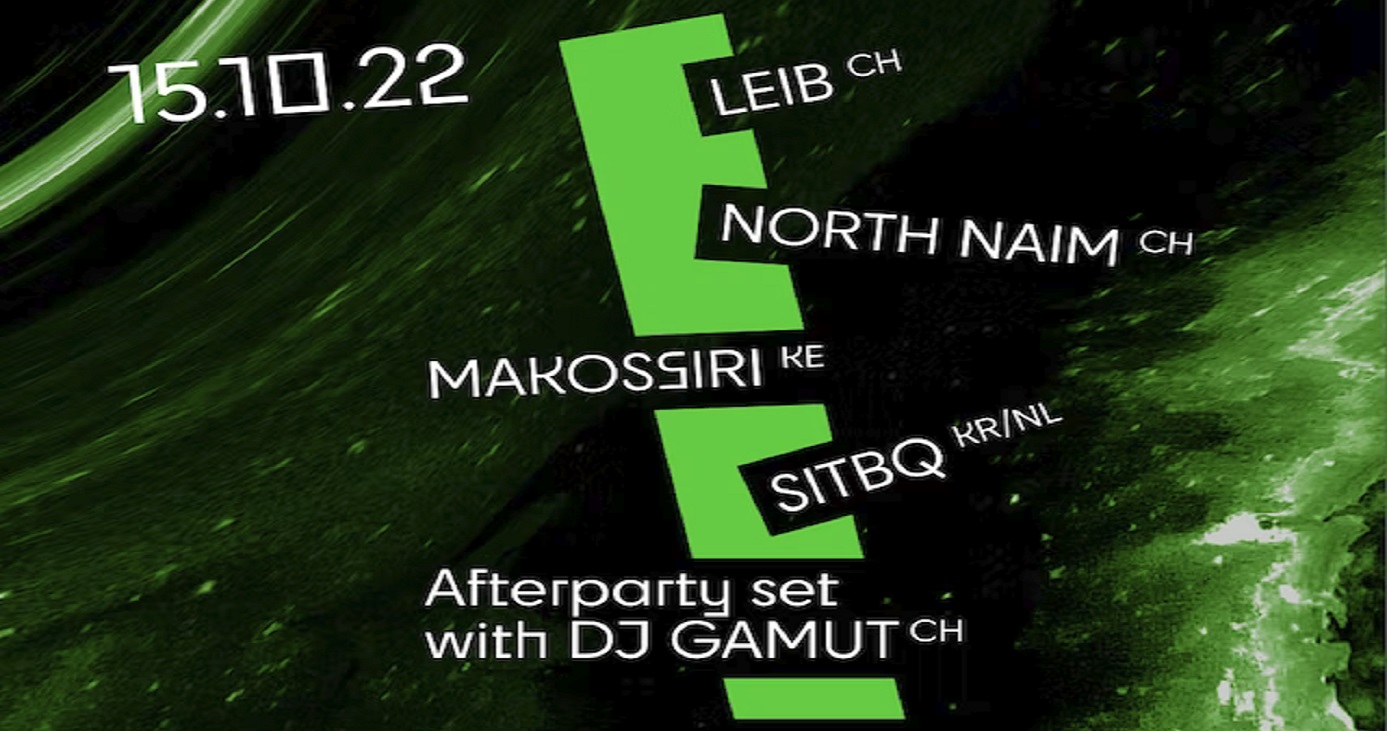 We are so excited to announce that the sixth GAMUT FESTIVAL 2022 is happening after a 1 year break !!!

For this year’s edition, we are presenting a dynamic pool of acts combining a wild mixture of artistic activities.

We believe in a genre blending future 🙂

Leib (CH)
Repetition, Noise, Punk, Drone, Groove
Images appeared to me in my dreams: The birds were held in the underworld, eerie wailing sounds were coming from their beaks; next to them was a perpetual motion machine about to burst, sputtering, twitching, hissing; the Danaids had put down their jugs and were dancing a wondrous dance with Minos, so that the earth began to move under their feet. I felt dizzy; my whole body was trembling with excitement. All the events of the universe condensed before my eyes. Suddenly it became quiet and dark. It has remained that way ever since. Only when I tilt my head slightly to the left I hear a soft Cawing.
Cyrill Ferrari – guitar
Kevin Sommer – bass clarinet
Lukas Briner – drums & percussion

North Naim (CH)
Post-Modern, Genre-skewering, Rock, Rap, Electronic
North Naim is the Swiss-Angolan genre-skewering singer, rapper, producer and multi-instrumentalist based in Zurich, Switzerland. Throughout his youth, the topics and elements of liberation and genres like rock, rap and electronic music started to influence his sound, transforming it into something post-modern and uniquely exciting.

Sitbq (KR/NL)
harshnoise, no-input, dissonance, feedback, healthy
Sitbq is an anti-sober, harsh noise project with a characteristic of sound, crude and discourtesy, a harsh collision of screaming and cacophony fusing in the mess of half-mad grooves of life.
Bomi Kim (sitbq) uses a bunch of distortion pedals hooked up to a no-input mixer as her pivotal spear to probe layers of distorted frequencies, melded with a microphone and stimulators, voice, obscure samples, found objects and such, to unleash repressed discords. She also runs a micro-label, Chronic Fatigue, and organizes a series of gigs, ‘HaardCORE,’ based in Amsterdam.

GHOST – Titilayo Adebayo (CH/UK)
Titilayo Adebayo is a non-binary movement researcher and creative of Nigerian decent.
Titilayo is constantly in flux with emergence. Emerging from where? Emerging towards what? Who knows? (Does it matter?) They aim to bring a holistic approach to creating and experiencing performance. Their practice lies in these principles.
@layyooo3

EGUN – DemiGosh (UK)
ADE is a director and creative director under the name omo craft, co-founder and director at sons of craft and an artist under the name DemiGosh.
Ade began directing and making music 7 years ago when he moved to London. Starting off with self-directs and creative direction for his band and solo work whilst slowly and carefully crafting narrative and creative direction style.
EGUN is his first conceptual self-direct short, ADE hopes to create more conceptual shorts and coin a name for himself as a director with a unique approach to literary and visual storytelling.
@demig0sh