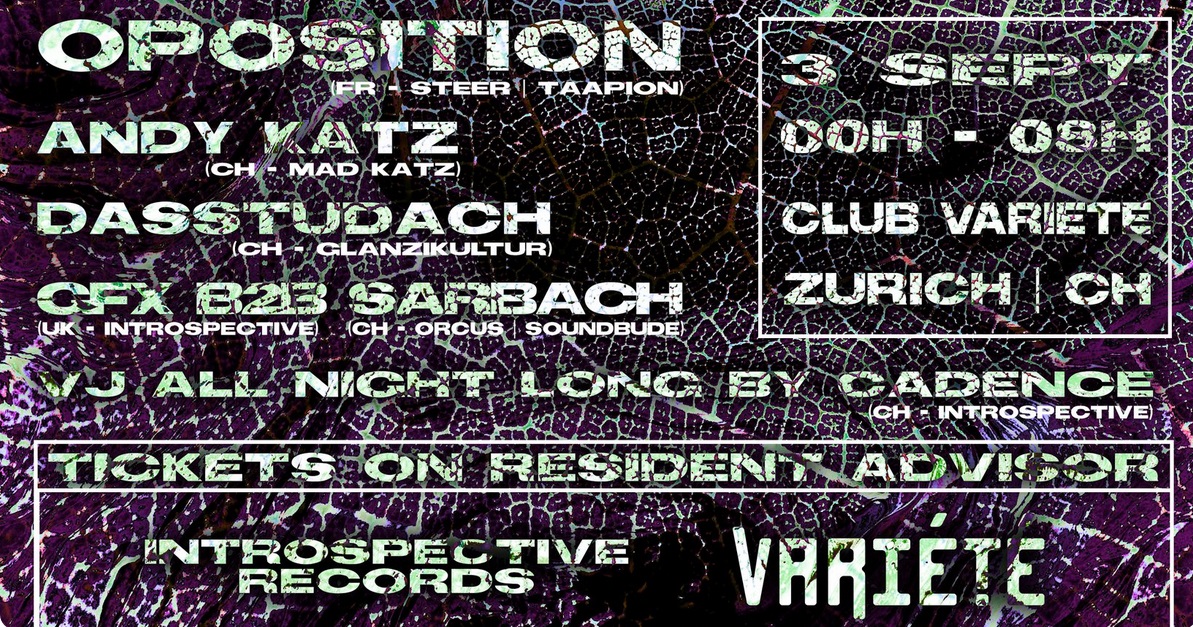 Introspective’s Zürich debut will take place on September 3rd of this year.

This time, Introspective will be inviting OPOSITION, notorious french producer and DJ coming straight out of Lyon, for his very first gig up in Zürich.

The night will take place at Club Variété, ten minutes from the main station.

Make sure you get your tickets ASAP.
See you there °˖✧◝(⁰▿⁰)◜✧˖°