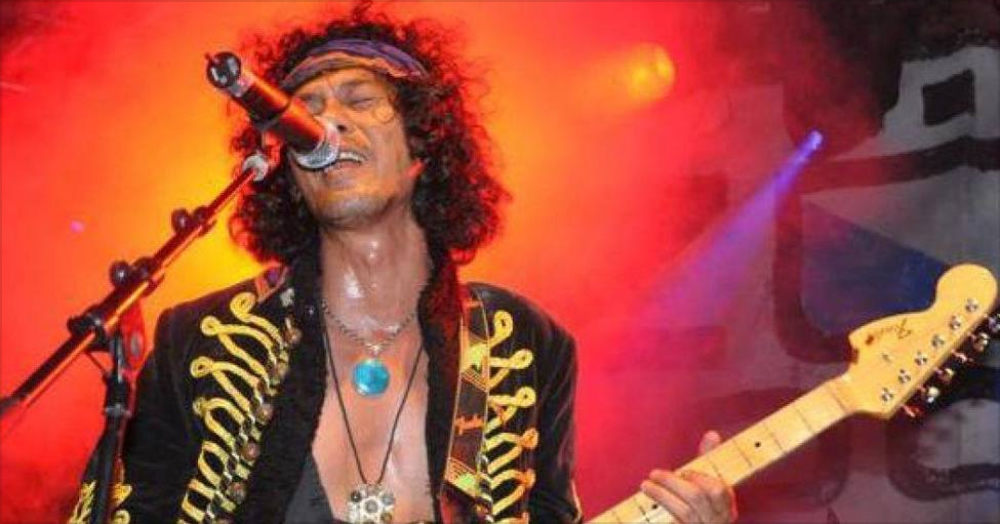 Asep Stone was born in Bandung, Indonesia. He discovered a natural talent for the guitar and taught himself to play in a wide range of styles. He first performed at the age of 14 to an audience of nearly 20,000 people at the Bandung Gladiator Rocks Festival. He played extensively at venues in Indonesia and moved to the UK in 1993.

He travelled all around the UK, performing original music with Stone Free. In 1999 Asep formed Purple Haze, who appeared on BBC Sessions and played with former Hendrix bass player Noel Redding at an auction of Jimi’s guitars. Noel was keen to play with Asep again, but sadly died shortly after their meeting. Purple Haze toured the UK to great acclaim, but split up in 2004.

In 2008 he moved to Switzerland where he formed Asep Stone Experience. He played various gigs around the country and started recording his own songs.

Today Asep Stone is well known as one of the best Jimi Hendrix impersonators. With his original band Asep Stone Experience he performs all over Switzerland and Europe taking the audience on a time-travelling unforgettable journey to the soul of Jimi Hendrix.