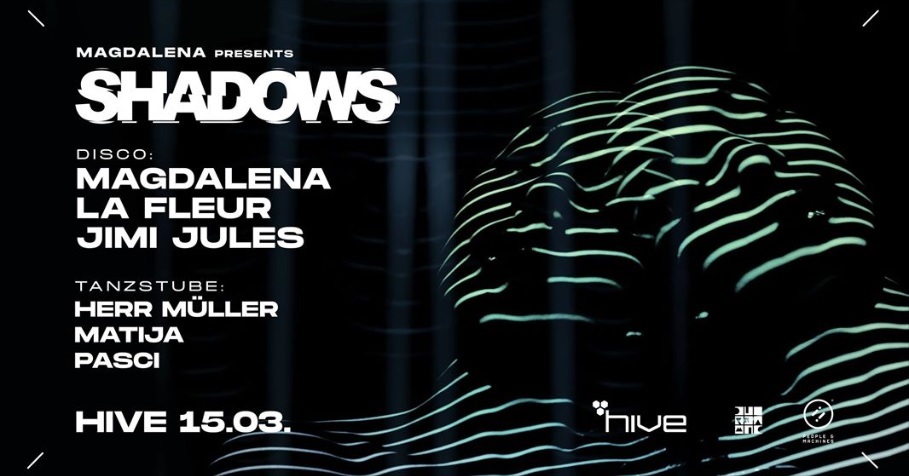 DJ and producer Magdalena has announced she will be expanding her branded SHADOWS events internationally in 2019. Having began life as a successful day to night series of free parties in Ibiza, SHADOWS will be hitting the road in the New Year, starting in Tulum on the 13th January, followed by two mini tours in Berlin, Zurich and Hamburg in mid February and mid March respectively.

Magdalena will be using her global platform on these particular dates to highlight some of her favourite fellow female artists in the industry. The first date in January looks set to be a showstopper, with bona fide superstars and label heads Nicole Moudaber and Anja Schneider joining Magdalena for this one off for Tulum’s party season.

The following month, the Hamburg native will be taking the residency on a short European tour accompanied by Francesca Lombardo, an Italian born talent who has quickly gained critical recognition in the scene due to her intelligent, classically-trained approach to dance music.

For those who miss out on these dates, Magdalena will take SHADOWS on tour to the same clubs for a second time in mid March, this time with La Fleur – a DJ whose talents meant she was recently picked up to collaborate on a track by dance music legend Sasha.

SHADOWS was a huge success in Ibiza this year – the parties took place every Friday from day to night in the carefree settings of Blue Marlin Ibiza, with production that played on the changing light throughout the evening. Each night, Magdalena would invite one guest to be her ‘shadow’ for the night, with the likes of Solomun, Eagles & Butterflies, Steve Bug and more making appearances throughout the season. Anja Schneider and La Fleur also played these summertime events. The winter dates seek to harness the natural atmosphere of northern Europe at this time of year in the same way, with a darker, late night club setting and a high quality musical policy to match.