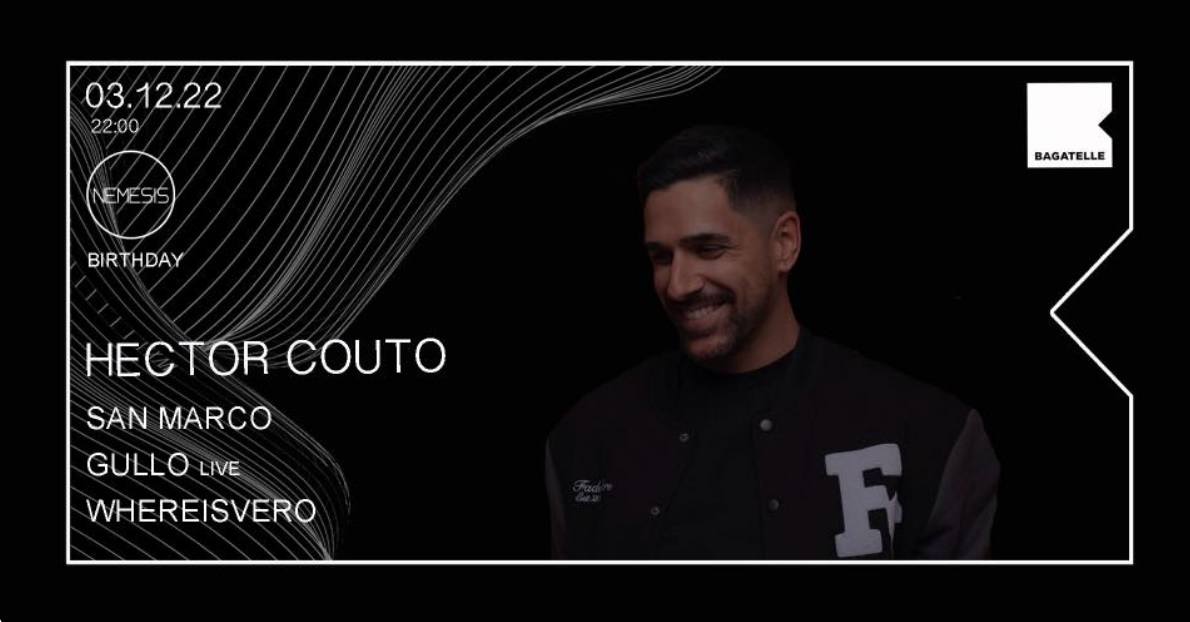 For this special occasion we have invited mr Hector Couto

Hector Couto is one of the most respected artists around with a true global allure for his genre of house music, with his unique production style which has been described as being the perfect blend of Chicago house and old-school techno, Couto has been busy making waves within the dance scene for the past seven years. His groove-thickened vibey DJ sets have seen him throw it down at some of the biggest clubs and festivals in the world, while his prolific work in the studio has landed him successful releases on labels such as Hot Creations, 20/20 Vision, Get Physical, Moon Harbour & Defected, also releasing on his own label Roush, it’s safe to say he has amassed an impressive resumé.

Supported by:
San Marco- DJ, Producer, promoter and Co-Owner of Frieda’s Büxe, one of the best electronic music club in Zurich.

This time he will perform for the first time as Gullo live with a deep tech and minimal set.

Whereisvero- we happy to presents this new local Dj, first time with us..