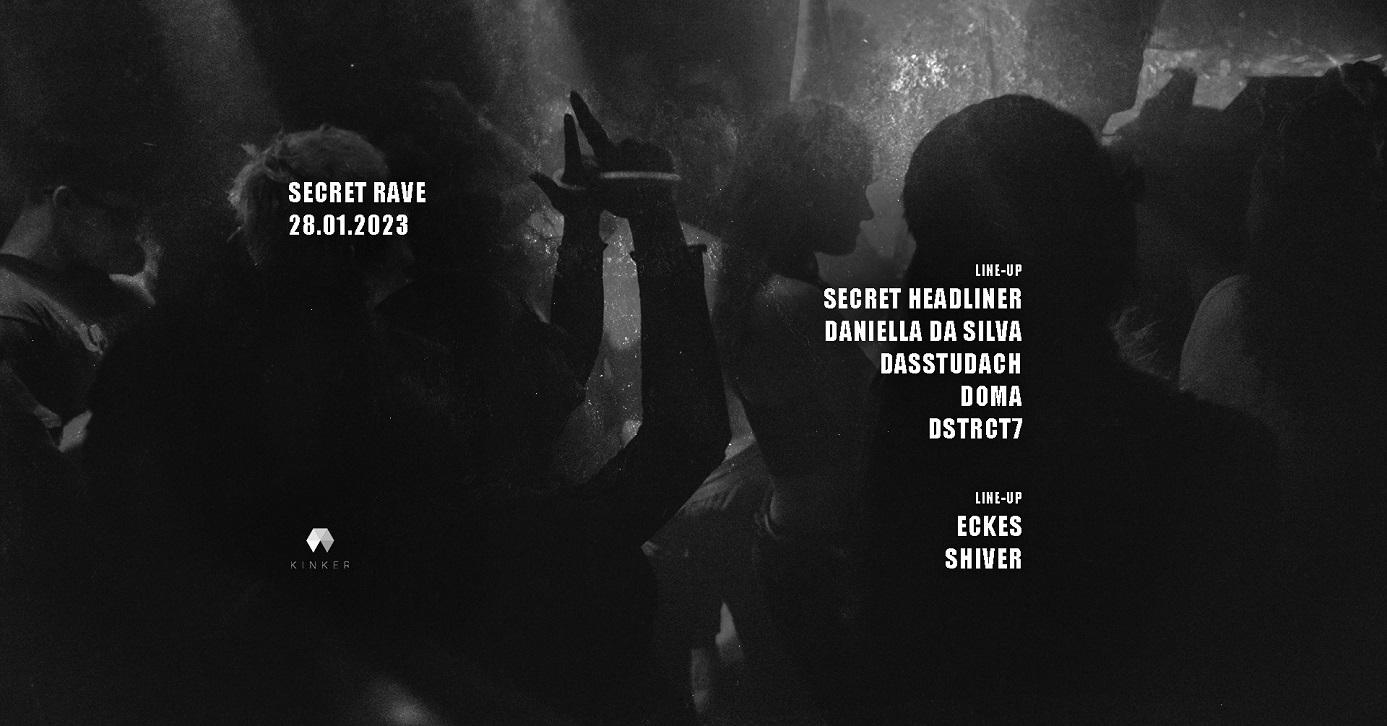 Are you ready to uncover the secrets of the underground on two floors? On Saturday, January 28th, the industrial district of Basel will be the site of an event like no other. The “Secret Rave” is a techno experience unlike any other, where the veil between reality and the underground will be lifted. As always, we have brought together an international secret headliner, who will be the key to unlock the door to the underground world of techno. Alongside some of the most renowned swiss DJs in the industry, they will guide you through a night of mesmerizing beats and an atmosphere shrouded in mystery.
•••
The event begins at 11pm and we promise you an unforgettable night of raving and immersing yourself in the underground world of techno. Be prepared to let go of your inhibitions and embrace the unknown as you become one with the crowd in an industrial, mysterious ambiance.
•••
But be warned, this is a secret event, and as such, only a limited number of tickets will be sold. This is your chance to join the initiated and discover the secrets of the underground. So act fast and secure your spot before they’re all gone. We look forward to welcoming you to the underground world of “Secret Rave” in the industrial district of Basel.
•••
Line-Up:
SECRET HEADLINER
DANIELLA DA SILVA
DASSTUDACH
DOMA
DSTRCT7
ECKES
SHIVER
•••
There will be a tattoo area where you can get your tattoo, come early if you want to get tattoed by our local artists!
•••
NO SEXISM
NO RACISM
NO HATE