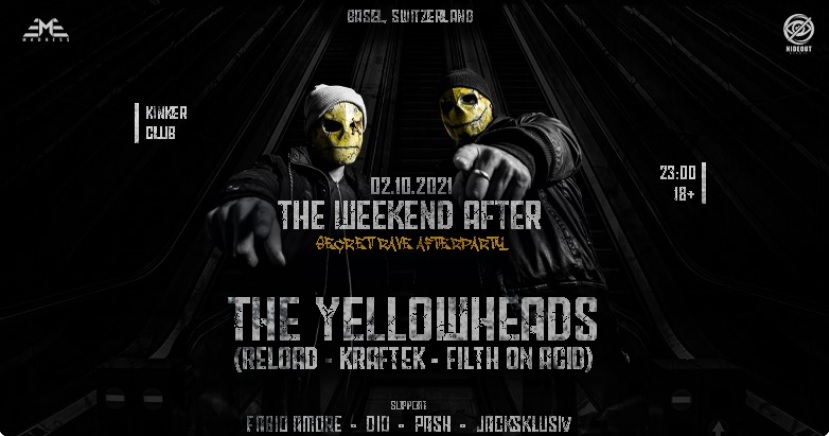 TheYellowHeads was formed by two musicians who quickly discovered a key common denominator that unites them: a strong passion for music. What came next was a merging of their styles, different but parallel, astheir musical roots come from the sameplace, and they formed the crew The YellowHeads. This union’s strength is in their sound, going from highly atmospheric electronic music to a techno sound with retro touches.⛓

Their releases have seen the light on the biggest labels such as: We AreTheBrave, Kraftek, Suara, Octopus, Tronic, Intec, etc… TheYellowHeads has been a headliner at some of the best festivals, performing with: Pendulum, Dirtyphonics, Umek, Joseph Capriati, PacoOsuna, Luigi Madonna, Alan Fitzpatrick, Paul Ritch, Pan-Pot, M.A.N.D.Y.,Kaiserdisco, Popof and many more!⚔️

Their track called „Planet X“ is the best Techno track of the year with morethan 3 months TOP #1 and 8 months later it is still among the top # 5. It also reached top # 2 on the general charts of all genres! the track was played by artist like Tiesto, Paul Van Dyk, David Guetta and others outside the Techno genre. In 2020 The YellowHeads was in the Top 5 Techno artists, and their Reload Records was in the Top 10 Techno labels + their track called“Planet X“ was the most streamed and sold track around the world.🏆