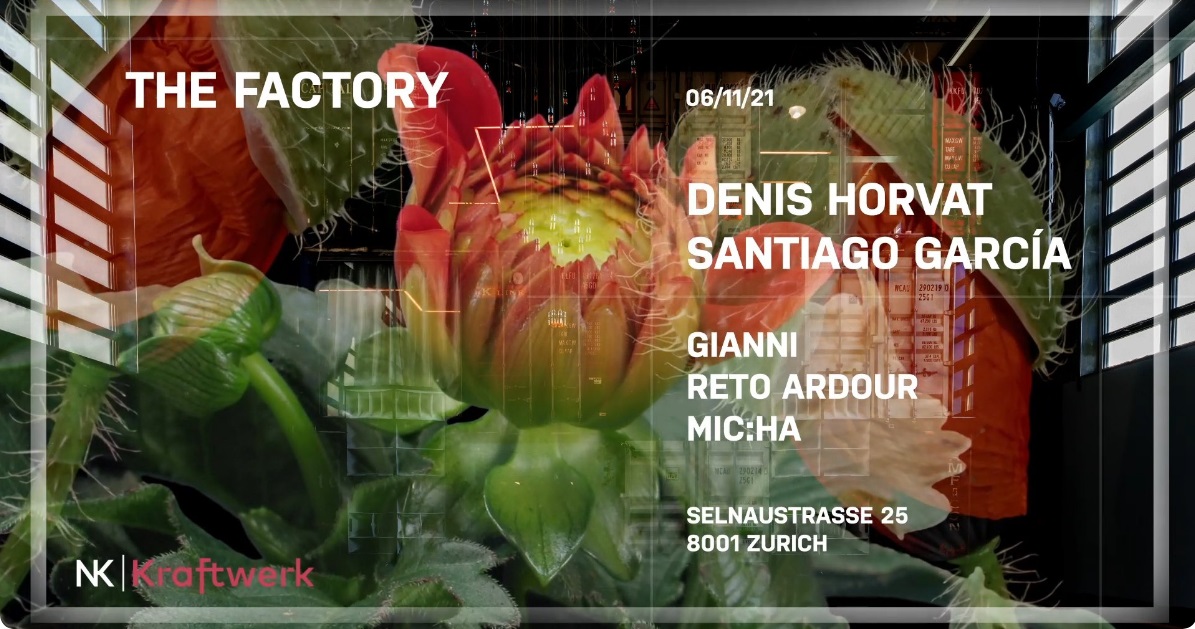 Denis Horvat (Innervisions, Afterlife)
Croatian DJ and producer Denis Horvat was born and raised in a small town north of Denmark. As a young child, Denis was heavily dependent on electronic music. Artists like The Prodigy and Faithless inspired him to do something with his great passion. In 2009 Horvat then moved to the state capital to pursue a career in music. Performances in Berlin did the rest, so that labels like Get Physical and AEON released him before he attracted the attention of me and Dixon, who signed him for his first Innervisions release in early 2016. His »Cedevita« EP became the mainstay in the playlists of many techno DJs. In addition to producing, Horvat quickly developed into a respected DJ who weaves countless sounds into a thick carpet in his sets. Meanwhile, he has advanced to become a global player, but he stays on the ground and says: „I’m just continuing what I do“.

Santiago Garcia (Innervisions, Interpreter)
Santiago Garcia was born and raised in Buenos Aires and now lives in Spain. He creates an intelligent, never too intrusive, but always deliciously challenging sound that works just as well on large festival stages as it does on trippy after-hours. A unique balance that not only made him known in the South American electronic music scene, but also led to his being discovered by the Innervisions crew, who quickly invited him to publish on their sub-label Exit Strategy and shortly afterwards on Innervisions. In order to further develop his unique sound, Santiago Garcia has teamed up with Upercent to jointly found „Interpret“, a record label on which he turns his imagination into creation.
Firmly rooted in Bedouin’s Saga Events, publications on Human by Default, Sum Over Histories, Warung Recordings and TAU all point in one direction: Out on the steel black ocean, ready to hit some waves.

They will be accompanied by Naturklang Resident Gianni and local talents Reto Ardour & MIC:HA.

Admission regulations for this event are currently as follows: Admission is only possible with a digital Covid Certificate – no other certificate or attestation will be accepted at the entrance.