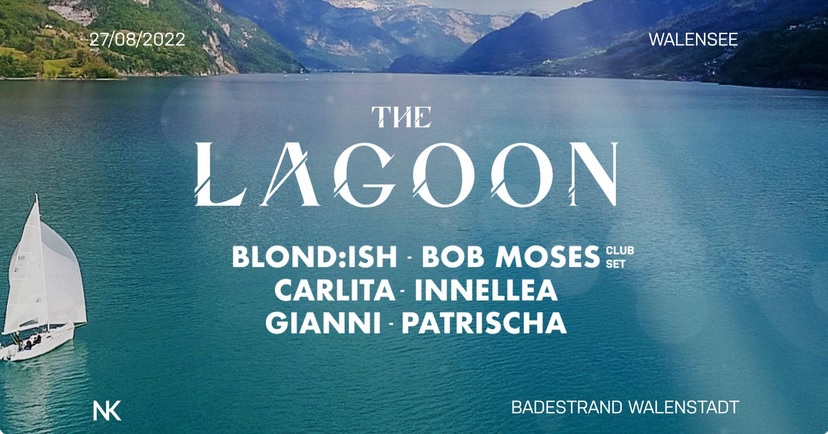 Escaping the city and going right into nature: that won’t change in 2022 either …Unfortunately, it will take a bit until August, so we want to already go on this musical journey in our minds. In a world full of positivity, love and exuberance.
We are looking forward to a first-class line up in magical surroundings and we may already present you the first act:

BOB MOSES
Bob Moses, the Vancouver-based duo of Tom Howie and Jimmy Vallance, came to life in the Brooklyn underground scene in 2012. Early single-releases of the electronic-label Scissor & Thread led to a deal with Domino and the release of their debut album “Days Gone By” in late 2015.
With a mixture of guitarlicks, atmospheric glow and a pinch of dance floor ambience, lyrical depth and classic songwriting, the duo has created a sound that appeals to clubbers and rock music fans alike.

BLOND:ISH
She`s a DJ, producer, promoter, record label head, environmental activist, serial collaborator, spiritual seeker
brand boss. And just about everything in-between.
But as relentless as this elite track selector has been since the turn of millenium, she doesn’t want to rule the world. She is, however, determined to change it for the better. How? By continuing to spread positive vibes on the dancefloor and ultimately by doing what’s right by nature.

CARLITA
Carlita is a Turkish born DJ and producer based in Istanbul. Music is her first love and richest vocabulary. She began playing the cello at young age, and graduated from the Royal Academy of Music in London as a teenager. Now, she combines an ever-changing kaleidoscope of sounds and cultures with electronic music. From Israeli pop to 90’s rock, Turkish Psychedelia to Cumbia, she is an audible adventeur exploring obscure expressions. The sonic journey depends on the day, but the destination is always global.

This day will be completed by INNELLEA LIVE
Innellea was initially a secret weapon for some of techno`s leading DJs. Tracks like “Vigilans” and “The World Returns” are good examples for the bold musical statements he makes through his own production style. He transforms his visions and impressions into music. You can also hear it in the result, which is a combination of melancholic and cineastic soundscapes with a percussive note that creates a intimate listening experience.
With his sometimes post-apocalyptic sound, Innellea does a balancing act between melodic soundscapes and explosive club music.

You can also look forward to our NK Allstars: Gianni, Patrischa