THE TREE (sold out) 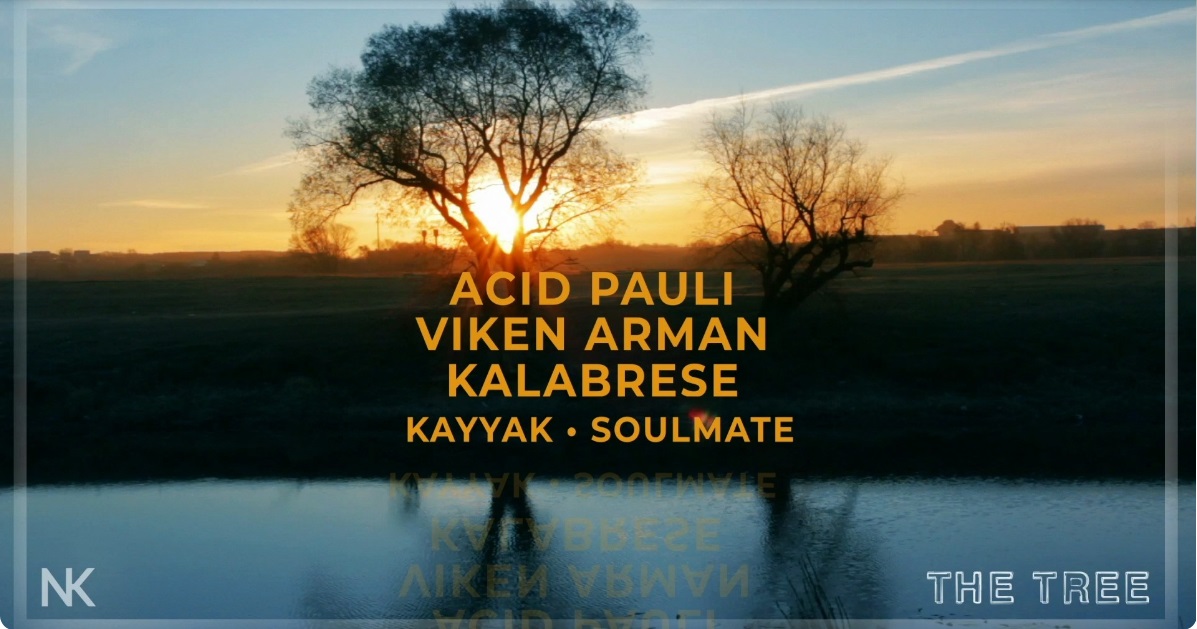 In Acido we trust ❤
Due to extraordinary reasons, we have to move the event from Uto Kulm down to Lake Zurich. Out of an emergency we found a new, unique location right on the lake where we can swim, rave and leave everyday life behind us. The line up stays the same and our headliner Acido even plays an extended 4 hour sunset. We waited a long time for him. He is best known for his psychedelic leftfield club sounds. His real name is Martin Gretschmann and he plays in the league of Dj Koze and Superpitcher – in the league of madmen who can really do almost anything. And also in a league in which very careful listening is essential. Welcome: ACID PAULI!

*TICKET FACTS*
All THE VIEW Daytickets remain fully valid for the open air on the bathing area Naglikon.
All THE VIEW Daytickets incl. Aftershow remains fully valid for the open air and the after-party at Club Zukunft. Attention, guaranteed entry to the Club only with the festival band on your arm and between 11pm and 1am.
All Hotel Package buyers will receive their full purchase price refunded in the next few days and a link by email to buy two normal day passes so that they do not miss the show with Acid Pauli.

*Acid Pauli (Ouïe)*
is a versatile musician who feels at home in techno clubs from New York to Ibiza, and as a composer for film music or radio plays. No wonder, after all, Gretschmann spent the past 20 years exploring music off the beaten track of the mainstream. His first steps as a bass player in a punk band in the eighties was followed by the discovery of electronic music. In the mid-1990s, Gretschmann first appeared in public under a pseudonym that still resonates today: Console. Shortly afterwards he became part of The Notwist and gave the band its unmistakable stamp with new electronic sounds. Acid Pauli is Martin Gretschmann’s Club Live Set. Over the years this has developed into an unusual DJ performance that goes far beyond techno and house. Always focused on the dance floor, Gretschmann creates eclectic sets with experimental recourse to a wide variety of genres. A talent that he has already demonstrated several times internationally. Whether as part of the Crosstown Rebels ‘Get Lost mix series, in collaboration with Damian Lazarus or in the line-up of the Day Zero Festival in Japan.

*Viken Arman*
The Parisian live act Viken Arman is also known for its own kind of soothing music. His Armenian roots cannot be ignored in his compositions, which are often inspired by prayer. While electronic music today is often future-oriented, it goes back to its roots. The Frenchman uses ancient sounds and conjures up engaging electronic live music, which grabs you after a short pause and gives rise to an archaic urge to move.

*Kalabrese und Kayyak*
Kayyak is part of the Hekaya collective from Zurich, which began to organize parties in Club Zukunft – the home base of Kalabrese. Kalabrese became a friend, mentor and supporter of the young talent Kayyak. And when he came up with two funky song drafts, Kalabrese was immediately enthusiastic and the collaboration started.

*Echonomist*
The Greek mastermind Echonomist represents the true definition of “artist”. His productive work, combined with his ability to experiment with a variety of styles and his liberated approach, are integral parts of his artistic nature. With years of experience in the bag, Echonomist has recently made a leap in development, with releases on Innervisions, Kompakt and TAU, to name a few that demonstrate its production capabilities. Working with such influential labels has not only increased his profile, but above all has shown that his musical skills have reached an impeccable standard recognized by label bosses such as Dixon, Ame, Michael Mayer and Adana Twins. The talent of Echonomist shows both on solo paths and in joint projects and we can be curious to see where the journey will lead him.
*NICE PEOPLE DANCING TOGETHER TO GOOD TECHNO MUSIC!*